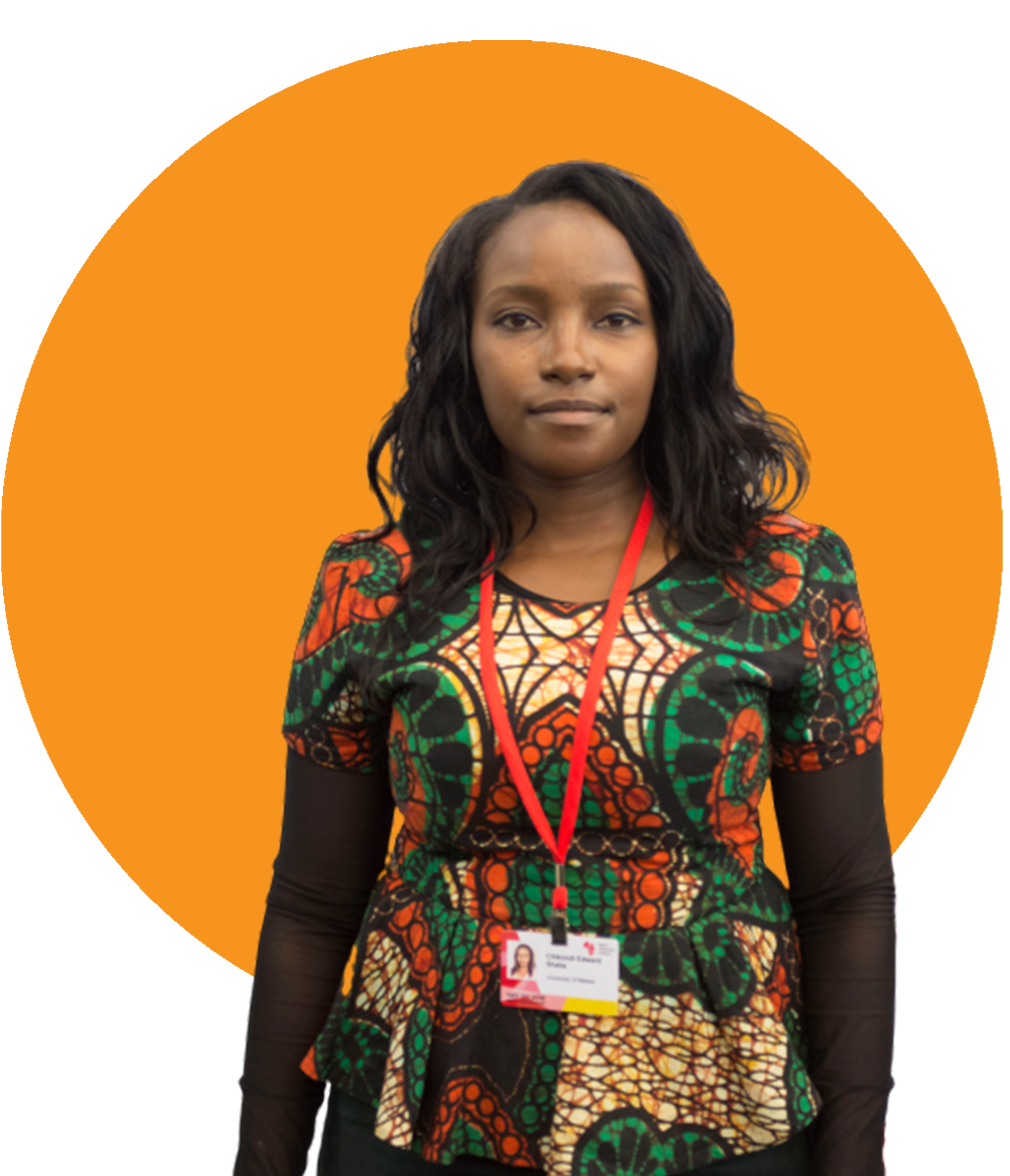 Hi, my name is Chikondi Shaba

Chikondi Shaba is an Analytical Chemist, and a Lecturer in the Department of Chemistry at University of Malawi. She is the Next Einstein Forum (NEF) Ambassador for Malawi for 2017- 2019 and a 2019 IVLP Alumni under the project “Advancing Women in STEAM fields”. She is also co-founder of the Girls in STEAM Network based in Malawi that aims to provide youth with an opportunity to explore the STEAM fields, maximize their academic capacity, and instill principles of inquiry, action and critical thinking. Her research interests are in My research interest is in the determination of emerging pollutants especially through use of Mass spectrometry and other instrumentation methods which result in a method that is sensitive, selective, and both time and cost effective and has done work on GC-MS and LC-MS analysis of selected antibiotics in wastewater. She has been engaged in groundwater studies in an international research project called Hidden Crisis: “Unlocking of the Ground Water Potential for the Poor” (UPGro).

WHAT YOU NEED TO KNOW ABOUT SCIENCE IN Malawi

Malawi attained its independence in 1964, and since then the Malawi Government has been concerned with addressing various development issues and Malawians aspire to have a science and technology-driven economy. The Malawi Government recognised the importance of science and technology (S&T) and observed that Research and Development (R&D) and scientific and technological services are a source of momentum for developed and adopted the national science and technology policy by 1991. Then again from January 1996, the Malawi Vision 2020 document, a national long-term development perspective for Malawi was developed. According to the document, this would be characterized by improved science and technology education, training and culture; increased commercialization of research and development (R&D); adaptation and promotion of new and emerging technologies; promotion of environmentally sound technologies; existence of effective science and technology (S&T); and increased implementation and use of information technology. Gender mainstreaming is also being promoted, where there is high activism in support of Young Women and Adolescent Girls in Science, Technology, Engineering and Mathematics (STEM) with some winning prestigious prizes and awards. Women in STEM fields have a critical role to play in pushing the bar on gender equality, one of the 17 Sustainable Development Goals (SDGs). The problem of gender inequalities in accessing education, like in other countries, has persisted in Malawi for several years, and severely limits women from achieving their potential and effectively contributing to development challenges. Completion rate for secondary school for girls in primary and secondary education remains low, historic exclusion of pregnant girls from continuing with education, attitudes that reinforce girls’ traditional roles. In addition to this, the generally low performance of girls in the sciences places them at a great disadvantage in terms of competing for recognition in STEM fields. Over the past two years, Malawi has had the privilege of successfully hosting the Next Einstein Forum (NEF) Africa Science Week (ASW). With the theme, “Igniting the power of science” the ASW aims to increase the awareness and understanding of the role of science, technology and innovation in everyday life and our future. We have planned activities for four different stages: early years, secondary, tertiary and the professionals! Additional motivation stems from the ripple effect from the 2018 ASW activities that resulted in three additional replications with each event supported by FHI360, US Embassy Boys and girls club, and Plan international, all in collaboration with Girls in STEAM Network. So even though the ASW lasts a week, the youth are still engaged with our STEM resources with the support from ASW sponsors and other interested parties. This 2019 ASW brings together several institutions and professionals.

The Malawi Polytechnic, University of Malawi

The event will help participants to learn about theory of Robotics and it will have practical sessions of building simple Robots. This will cover both hardware and software. Some of the activities that will done include building of a Mobile Robotic Arm, Artificial Intelligent based Smart Robotic Crawler, a Quadcopter and a session on 3D printing. There will also be a hackathon for the participants where they will have to develop a simple Robotic System using the materials that will be provided. The hackathon will involve the use of Arduino as a microcontroller for the challenge. This will be coordinated by Lync systems. This events’ aims are: 3  To acquaint the participants with what robotics is all about, what parts and systems make up a Robotics System. The participants will be able to know how Robotics in applied in solving real world scenarios.  To introduce the students to Arduino Programming and how to use Electronic Components, Sensors and Actuators in Electronics and Robotics. In the end, the participants will build a simple Robotic System based on the Arduino Microcontroller.  3D printing is changing the art of Designing and Manufacturing. Complex Designs can be turned into reality by the use of 3D Printing. The participants will be introduced to 3D printing with a practical session where they will print simple objects using PLA and a simple 3D Printer.  The event will also involve building and programming of useful robots such as a mobile robotic arm, an AI-Bases Robotic Crawler and a quadcopter that has a built-in camera that can be used for surveillance and aerial photography.

The goal is to provide students with exposure to real STEM workplaces. This will take cater for 20 students only. The educational visit to the MLW research labs is another component of their “Samala Moyo” initiative described in Event 1. The students will first view a new short 30 minute science film from the Science for All project, this film depicts the life of a researcher and description of their work, this film targets young people in order to introduce the term research and spark their interest in science. After the movie, they will go through the permanent exhibition, thereafter visit the research labs, and interact further with role models in their research environment, one such role model is Ruth Khofi.

This is a celebration of women in all STEM (Science, Technology, Engineering, and Mathematics) fields. Discussions and presentations will aim to assess and point out challenges in the education system in ensuring the participation of women and increasing 4 equality across STEM fields. Another point of discussion is on potency of diversification of education routes to increase availability of high quality STEM careers, recruitment and their retention. Other activities shall include interaction session of one female STEM Mentor/role model to about 5 girls interested in STEM paths and exhibitions. Men are encouraged to attend this auspicious occasion, i.e. the He-for-She campaign.

The second educational visit is for another group of students to a manufacturing industry. The manufacturing industry is misunderstood probably because manufacturing processes and operations are not generally covered in school curricula. However, these have a large number of technical and management positions that require people with technical skills. These jobs are extremely varied, exciting, and challenging. The students gain an appreciation of the requirements and demands of working in an industrial environment and see first-hand the relevance and application of the science learnt in the classroom, in the real world.

This is a platform for people to networking over drinks whilst they share advances of technology in their field, and spark a conversation on how to incorporate innovative technology into business, and start thinking of R&D.

Most of the government schools and some private schools are poorly equipped with science teaching materials and do not include any research component. This research component is important as it puts science into action. The proposed venue, St Anthony Community Secondary School located in Thondwe, Zomba. This school is situated between Blantyre and Zomba targets a collective of primary and secondary school students and teachers from both districts and surrounding districts. Interactive exhibitions: 1. This Science Caravan will be carried out in Collaboration with Malawi Liverpool Wellcome Trust through their Samala Moyo (Care for Life) mobile exhibition component, an initiative that takes the exhibition to the communities in rural areas and reaches out to approximately 1800 community members per month. 2. Insightful experiments in physics, Chemistry, Biology and, Mathematics that have been adapted for use in secondary schools and are in line with the national secondary school syllabus. 3. This is also an opportunity for start-ups and innovative farmers to highlight their work and sale products. 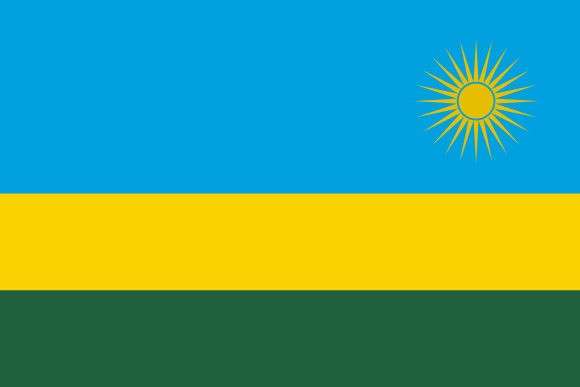 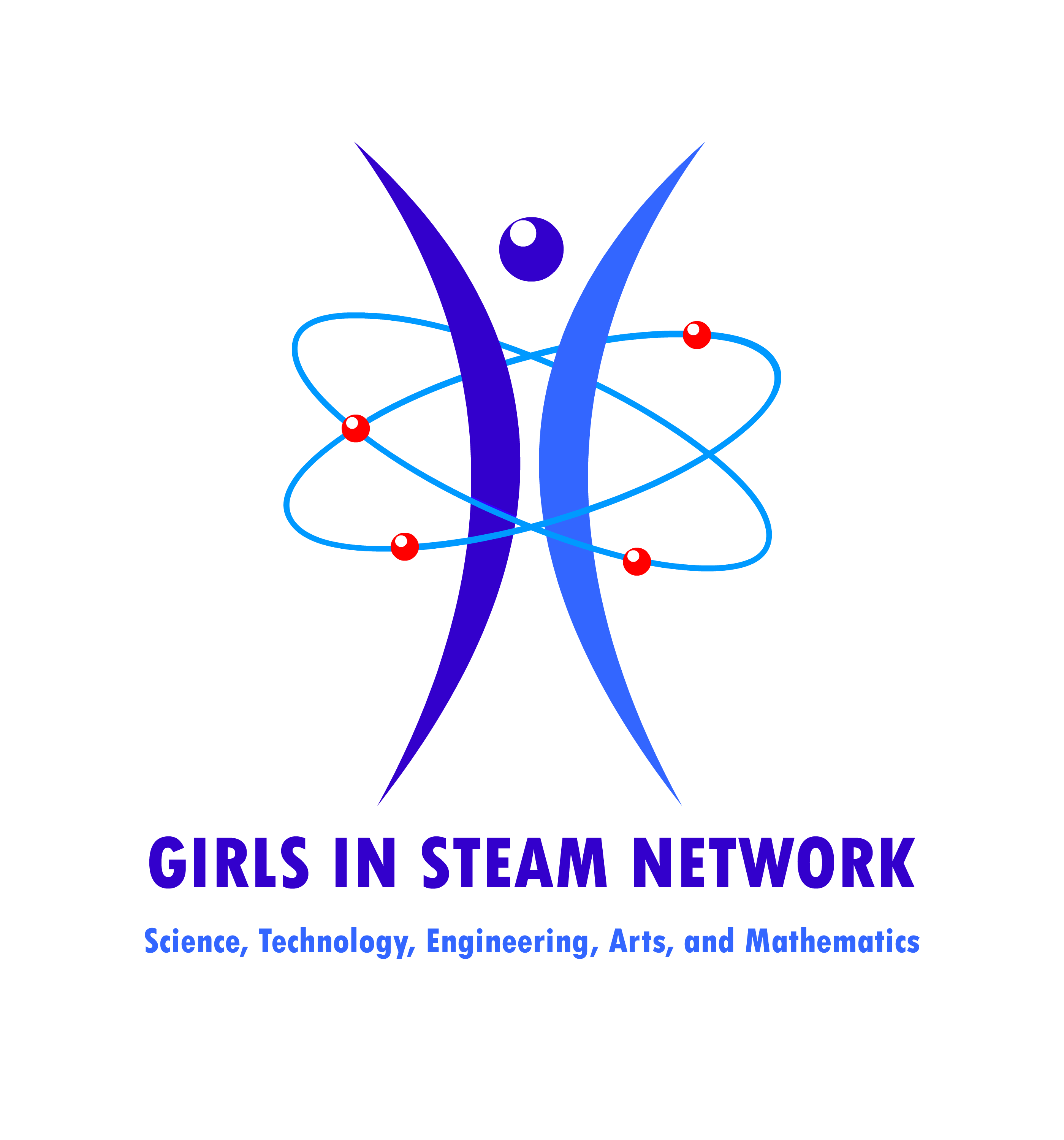